The Formation Of Universe 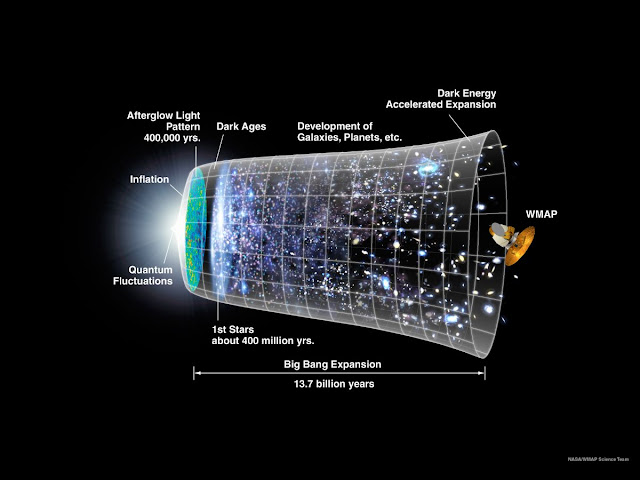 "The universe was expanding, and as it expanded, it got cooler and less dense," David Spergel, a theoretical astrophysicist at Princeton University in Princeton, N.J., told SPACE.com.
After inflation, the universe continued to grow, but at a slower rate. As space expanded, the universe cooled and matter formed.
Too Hot to Shine
Light chemical elements were created within the first three minutes of the universe's formation. As the universe expanded, temperatures cooled and protons and neutrons collided to make deuterium, which is an isotope of hydrogen. Much of this deuterium combined to make helium.
For the first 380,000 years after the Big Bang, however, the intense heat from the universe's creation made it essentially too hot for light to shine. Atoms crashed together with enough force to break up into a dense, opaque plasma of protons, neutrons and electrons that scattered light like fog.
Let There Be Light
About 380,000 years after the Big Bang, matter cooled enough for electrons to combine with nuclei to form neutral atoms. This phase is known as "recombination," and the absorption of free electrons caused the universe to become transparent. The light that was unleashed at this time is detectable today in the form of radiation from the cosmic microwave background.
Yet, the era of recombination was followed by a period of darkness before stars and other bright objects were formed.
Emerging from the Cosmic Dark Ages
Roughly 400 million years after the Big Bang, the universe began to come out of its dark ages. This period in the universe's evolution is called the age of re-ionization.
This dynamic phase was thought to have lasted more than a half-billion years, but based on new observations, scientists think re-ionization may have occurred more rapidly than previously thought.
During this time, clumps of gas collapsed enough to form the very first stars and galaxies. The emitted ultraviolet light from these energetic events cleared out and destroyed most of the surrounding neutral hydrogen gas. The process of re-ionization, plus the clearing of foggy hydrogen gas, caused the universe to become transparent to ultraviolet light for the first time.
More Stars and More Galaxies 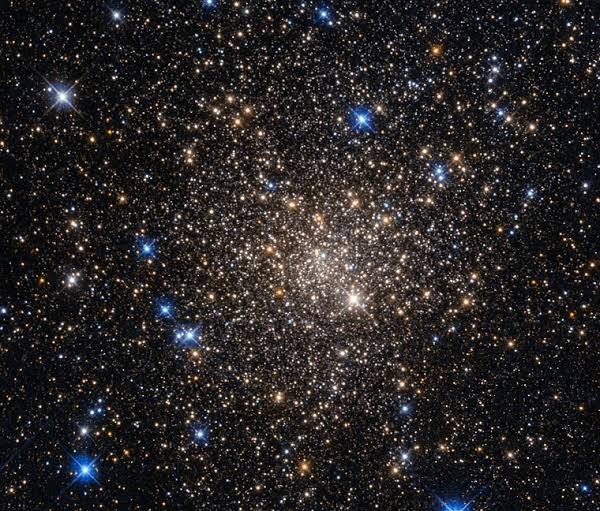 Astronomers comb the universe looking for the most far-flung and oldest galaxies to help them understand the properties of the early universe. Similarly, by studying the cosmic microwave background, astronomers can work backwards to piece together the events that came before.
Data from older missions like WMAP and the Cosmic Background Explorer (COBE), which launched in 1989, and missions still in operation, like the Hubble Space Telescope, which launched in 1990, all help scientists try to solve the most enduring mysteries and answer the most debated questions in cosmology.
Birth of Our Solar System 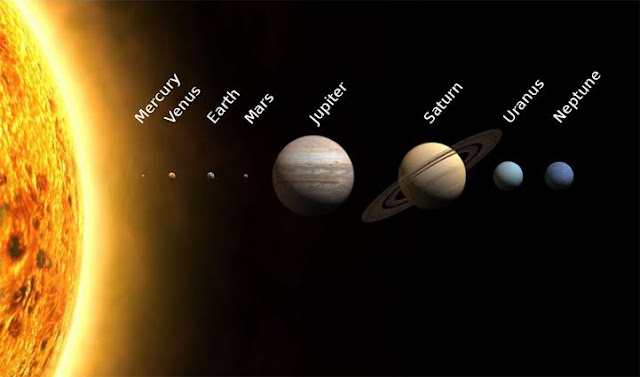 Our solar system is estimated to have been born a little after 9 billion years after the Big Bang, making it about 4.6 billion years old. According to current estimates, the sun is one of more than 100 billion stars in our Milky Way galaxy alone, and orbits roughly 25,000 light-years from the galactic core.
Many scientists think the sun and the rest of our solar system was formed from a giant, rotating cloud of gas and dust known as the solar nebula. As gravity caused the nebula to collapse, it spun faster and flattened into a disk. During this phase, most of the material was pulled toward the center to form the sun.

Popular posts from this blog

The Beginning: "THE BIG BANG" 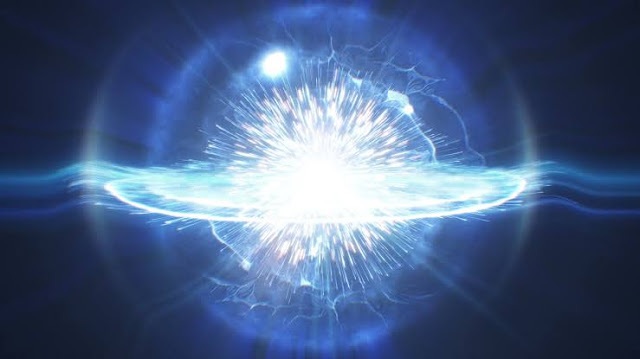 Let's start in a very simple way. One question certainly comes into one's mind ,where it all started?, how this universe came into existence?, how things like stars, planets etc came? Well scientists, Astronomer are looking for these answers for many years and there are many theories propsed of how our this big gigantic universe came into existence. Among all of these theories "THE BIG BANG" is most accepted theory all over the world. According to big bang universe that we see today started with an explosion and that is still continuing. At starting the whole universe that we know is confined in a single point, no fundamental laws of physics exist at that particular time, infact time also not existed. The point containing universe explodes and expands. It inflated to the next 13.8 billion years to the cosmos that we know today. It is still expanding. Now we know how it started... through an explosion. But how it is formed. Well lets discuss it in the next blog
Read more